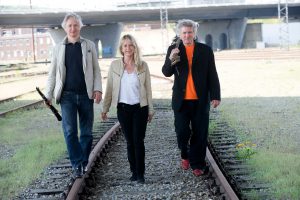 Irene, Pierre and Morten have been playing their music in a whole range of venues that span from large-scale music festivals to smaller intimate clubs.

From Abakan in Siberia through “1000 Fryd” in Aalborg to Mills College in San Francisco and from the Danish sandwich shop in Reykjavik to Abu Dhabi in the United Arab Emirates – from the metropolis to the jungle – from Duke Ellington to Carl Nielsen.

The trio has been playing together since 1978. Earlier on, all three composer-musicians were part of the renowned “Thermænius” quartet. The trio has released four LP albums to date – including two double-record albums. The LP entitled “La Luna” has been re-released as a CD.

The listening public has to be prepared to go on a long musical voyage – a wonderful and mysterious cruise with intense rhythms and melodies from world music, dada-jazz, futu, Balkan, the Far East, Funen, Bali, Africa and Greenland, among other sources.

All three musicians are members of the New Jungle Orchestra, which is directed by Pierre Dørge.

Touring around the world: 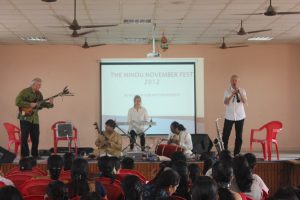 Dørge Becker Carlsen in India – with Shashank Subramanym and Giri

Dørge Becker Carlsen in India. With Shashank Subramanyam and Giri 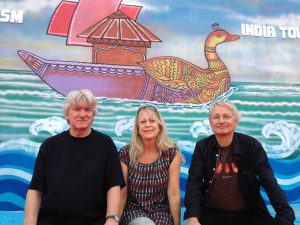 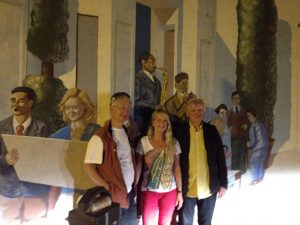 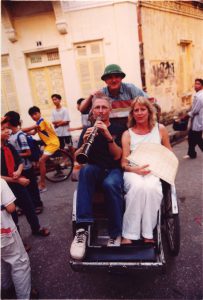