MA in music, degree earned at the Department of Musicology at University of Copenhagen in 1981.

Studies at the Creative Music Studio, in Woodstock, New York in 1980 with, among others, vibraphonist Karl Berger, percussionist Nana Vasconcelos and kora-player Foday M. Suso.

Studies in composition with Bob Brookmeyer at The Rhythmic Music Conservatory in Copenhagen in 1996-98.

Played from 1975-80 in one of the first of the Danish women’s rock groups, Hos Anna, and in groups like Caracas and Marilyn Mazur’s Primiband. Participated from 1978 as pianist and composer in the Thermænius group, with Pierre Dørge, Morten Carlsen and H.C. Mogensen. 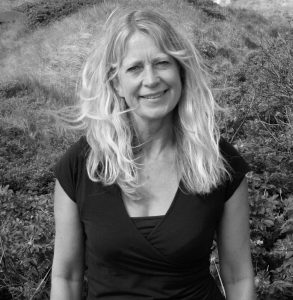 Since the middle of the 1980s, Pierre, Morten and Irene have been touring and playing in different places in Denmark and working internationally under the trio name, Dørge Becker Carlsen. Since 1980, Irene Becker has been a member of Pierre Dørge’s New Jungle Orchestra, as musician and composer.

Her interest and her work with “world music” has resulted in study trips and travels to destinations like Bali, Gambia, South Africa, China, Vietnam, Siberia and Greenland – and have made it possible for her to gather inspiration from and make studies of older music cultures and also to make experiments within the realm of new composition music. Irene Becker has been working together with musicians and composers from Hanoi Music Conservatory. During an extended sojourn on Bali, Becker studied Balinese music – receiving instruction in Balinese Gamelan and she has also composed music for a collaboration between 14-person Gamelan ensemble and the New Jungle Orchestra; this music was performed at the Jakarta Jazz Festival in 1991.

Throughout the course of many years, Becker has been involved with public music policy: Served in 1995-99 as a member of The Danish Music Council; in 2002-04, she was chairperson of the Composer’s Committee in the Danish Arts Foundation; in 2005-06, she served as a member of NOMUS, Nordic Music Committee.

Awards: Since 2016 Irene Becker has received as a composer  a lifetime grant from The Danish Arts Foundation.